A list of thought-provoking, funny and not-so-funny quotes on the subject of Atheism as seen throughout the ages by some great and not-so-great thinkers.

Atheism and Atheists Quotes and Sayings

A comprehended god is no god. ~St. John Chrysostom

If there were no God, there would be no Atheists. ~G.K. Chesterton

God is not discoverable or demonstrable by purely scientific means, unfortunately for the scientifically minded. But that really proves nothing. It simply means that the wrong instruments are being used for the job. ~John Bertram Phillips

Nobody talks so constantly about God as those who insist that there is no God. ~Heywood Broun

I once wanted to become an atheist, but I gave up – they have no holidays. ~Henny Youngman

The worst moment for the atheist is when he is really thankful and has nobody to thank. ~Dante Gabriel Rossetti

To you I’m an atheist; to God, I’m the Loyal Opposition. ~Woody Allen

A little philosophy inclineth man’s mind to atheism, but depth in philosophy bringeth men’s minds about to religion. ~Francis Bacon

The Old Testament is responsible for more atheism, agnosticism, disbelief—call it what you will—than any book ever written; it has emptied more churches than all the counter-attractions of cinema, motor bicycle and golf course. ~Alan Alexander Milne

I can see how it might be possible for a man to look down upon the earth and be an atheist, but I cannot conceive how he could look up into the heavens and say there is no God. ~Abraham Lincoln

By night an atheist half believes in God. ~Edward Young

I cannot but pity the man who recognizes nothing godlike in his own nature. ~William Ellery Channing

Atheism is a disease of the mind caused by eating underdone philosophy. ~Austin O’Malley

I believe in God as I believe that the Sun has risen, not only because I see it, but because by it I see everything else. ~C.S. Lewis

We may seek God by our intellect, but we only can find him with our heart. ~Cotvos

Understanding God is not attained by calling into session all arguments for and against Him, in order to debate whether He is a reality or a figment of the mind. God cannot be sensed as a second thought, as an explanation of the origin of the universe. He is either the first and the last, or just another concept. ~Abraham Joshua Heschel

Shouldn’t atheist have an equal obligation to explain pleasure in a world of randomness. Where does pleasure come from? ~G.K. Chesterton

The real attitude of sin in the heart towards God is that of being without God; it is pride, the worship of myself, that is the great atheistic fact in human life. ~Oswald Chambers

A god who let us prove his existence would be an idol. ~Deitrich Bonhoeffer

Self is the opaque veil that hides the Face of God from us. It can be removed only in spiritual experience, never by mere instruction. ~Aiden Wilson Tozer

Secrets of the incomprehensible wisdom of God, unknown to any besides Himself! Man, sprung up only of a few days, wants to penetrate, and to set bounds to it. Who is it that hath known the mind of the Lord, or who hath been His counselor? ~Jeanne Guyon

According to the teaching of our Lord, what is wrong with the world is precisely that it does not believe in God. Yet it is clear that the unbelief which he so bitterly deplored was not an intellectual persuasion of God’s non-existence. Those whom he rebuked for their lack of faith were not men who denied God with the top of their minds, but men who, while apparently incapable of doubting him with the top of their minds, lived as though he did not exist. ~John Baillie

Without God man has no reference point to define himself. 20th century philosophy manifests the chaos of man seeking to understand himself as a creature with dignity while having no reference point for that dignity. ~Robert Charles Sproul

If we were to judge nature by common sense or likelihood, we wouldn’t believe the world existed. ~Annie Dillard

I hope for the day when everyone can speak again of God without embarrassment. ~Paul Johannes Tillich

Still, even the most admirable of atheists is nothing more than a moral parasite, living his life based on borrowed ethics. This is why, when pressed, the atheist will often attempt to hide his lack of conviction in his own beliefs behind some poorly formulated utilitarianism, or argue that he acts out of altruistic self-interest. But this is only post-facto rationalization, not reason or rational behavior. ~Vox Day

My argument against God was that the universe seemed so cruel and unjust. But how had I got this idea of just and unjust? A man does not call a line crooked unless he has some idea of a straight line. What was I comparing this universe with when I called it unjust? If the whole show was bad and senseless from A to Z, so to speak, why did I, who was supposed to be part of the show, find myself in such violent reaction against it? A man feels wet when he falls into water, because man is not a water animal: a fish would not feel wet. Of course, I could have given up my idea of justice by saying that it was nothing but a private idea of my own. But if I did that, then my argument against God collapsed too–for the argument depended on saying that the world was really unjust, not simply that it did not happen to please my private fancies. Thus in the very act of trying to prove that God did not exist–in other words, that the whole of reality was senseless–I found I was forced to assume that one part of reality–namely my idea of justice–was full of sense. Consequently atheism turns out to be too simple. If the whole universe has no meaning, we should never have found out that it has no meaning: just as, if there were no light in the universe and therefore no creatures with eyes, we should never know it was dark. Dark would be without meaning. ~C.S. Lewis

Humanism or atheism is a wonderful philosophy of life as long as you are big, strong, and between the ages of eighteen and thirty-five. But watch out if you are in a lifeboat and there are others who are younger, bigger, or smarter. ~William Murray

If there is a God, He is infinitely incomprehensible, since, having neither parts nor limits, He has no affinity to us. We are then incapable of knowing either what He is or if He is. This being so, who will dare to undertake the decision of the question? Not we, who have no affinity to Him.

Who then will blame Christians for not being able to give a reason for their belief, since they profess a religion for which they cannot give a reason? They declare, in expounding it to the world, that it is a foolishness, and then you complain that they do not prove it! If they proved it, they would not keep their word; it is in lacking proofs that they are not lacking in sense. “Yes, but although this excuses those who offer it as such and takes away from them the blame of putting it forward without reason, it does not excuse those who receive it.” Let us then examine this point, and say, “God is, or He is not.” But to which side shall we incline? Reason can decide nothing here. There is an infinite chaos which separated us. A game is being played at the extremity of this infinite distance where heads or tails will turn up. What will you wager? According to reason, you can do neither the one thing nor the other; according to reason, you can defend neither of the propositions.

Do not, then, reprove for error those who have made a choice; for you know nothing about it. “No, but I blame them for having made, not this choice, but a choice; for again both he who chooses heads and he who chooses tails are equally at fault, they are both in the wrong. The true course is not to wager at all.”

Yes; but you must wager. It is not optional. You are embarked. Which will you choose then? Let us see. Since you must choose, let us see which interests you least. You have two things to lose, the true and the good; and two things to stake, your reason and your will, your knowledge and your happiness; and your nature has two things to shun, error and misery. Your reason is no more shocked in choosing one rather than the other, since you must of necessity choose. This is one point settled. But your happiness? Let us weigh the gain and the loss in wagering that God is. Let us estimate these two chances. If you gain, you gain all; if you lose, you lose nothing. Wager, then, without hesitation that He is. ~Blaise Pascal

Can one be a saint if God does not exist? That is the only concrete problem I know of today. ~Albert Camus

You think you are too intelligent to believe in God. I am not like you. ~Napoleon Bonaparte

Atheism is a crutch for those who cannot bear the reality of God. ~Tom Stoppard

Atheists express their rage against God although in their view He does not exist. ~C.S. Lewis

It amazes me to find an intelligent person who fights against something which he does not at all believe exists. ~Mohandas Gandhi

Marian Quotes and Quotations on the Blessed Virgin Mary

Honesty is the first chapter of the book of wisdom. ~Thomas Jefferson Be sincere and true to your…
Read More 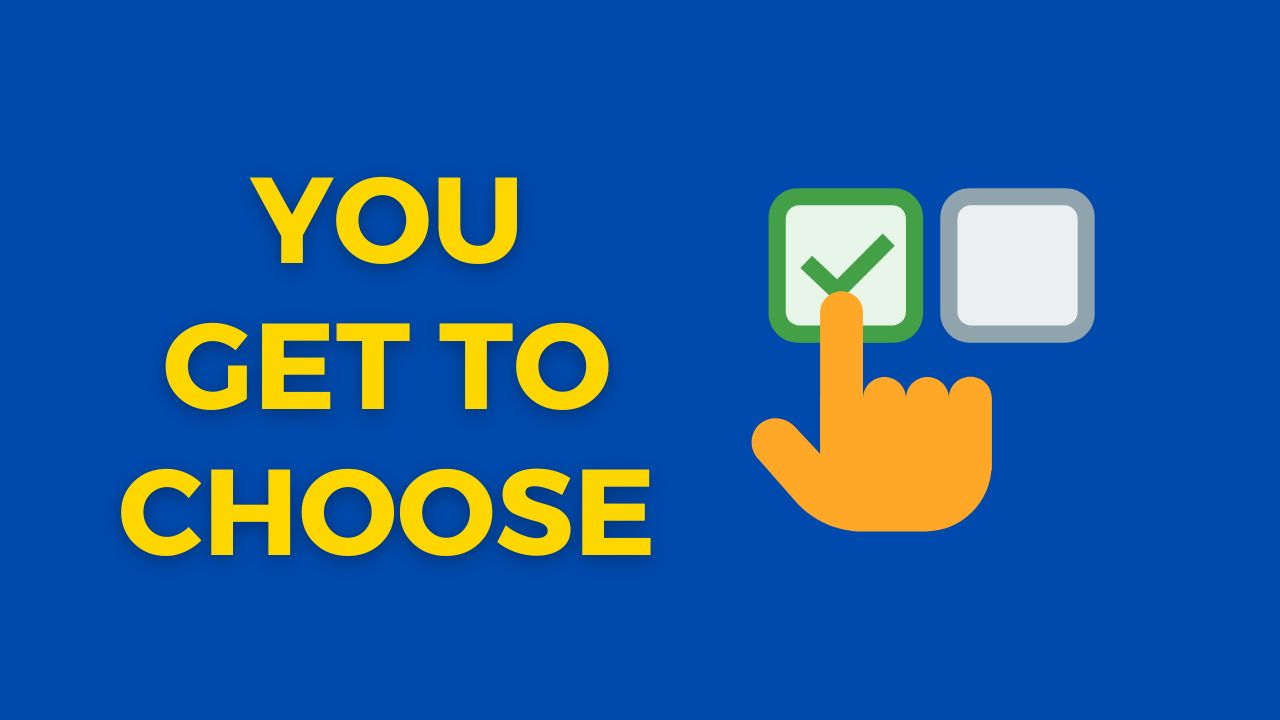 You get to choose

“With everything that has happened to you, you can either feel sorry for yourself or treat what has…
Read More

Eucharistic Quotes to Live By

A collection of quotes on the Blessed Eucharist also known as the Holy Communion or the Lord’s Supper,…
Read More

Sometimes you just need to run for your life. Jesus has the power to make stones to praise…
Read More

Archbishop Fulton Sheen’s Quotes and Sayings to Get You Thinking

Excellent collection of quotes and sayings by Archbishop Fulton John Sheen. Right is right if nobody is right,…
Read More
wpDiscuz
0
0
Would love your thoughts, please comment.x
()
x
| Reply