There is a saying in Africa that goes like this, “The ax forgets, the tree remembers.” This is true about rape too.

What is rape?  Rape is a type of sexual assault usually involving sexual intercourse, which is initiated by one or more persons against another person without that person’s consent. (“Rape” Wikipedia , January 2012) There are various types of rape such as  date rape, gang rape, marital rape, incestual rape, child sexual abuse, prison rape, acquaintance rape, war rape, etc.

I prefer to characterize rape simply as a form of torture. Like the torturer, the rapist is motivated by the urge to dominate, humiliate, and destroy his victim. Like a torturer, he does so by using the most intimate acts available to humans — sexual ones. ~Helen Benedict (Virgin or Vamp, 1992)

Perhaps it is the only crime in which the victim becomes the accused and, in reality, it is she who must prove her good reputation, her mental soundness, and her impeccable propriety. ~Freda Adler (Sisters in Crime: The Rise of the New Female Criminal, 1975)

Most commonly, rape is a crime of opportunity; the victim is chosen not because of her looks or behavior, but because she is there. ~Helen Benedict (Virgin or Vamp, 1992)

In giving language to my experience, I hope I can make rape less ‘unspeakable.’ I hope to dispel at least some part of the fear and shame that has made victims mute. ~Nancy Raine (After Silence: Rape and My Journey Back, 1998) 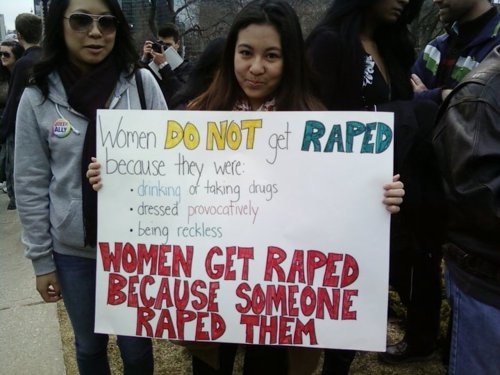 Rape is a culturally fostered means of suppressing women. Legally we say we deplore it, but mythically we romanticize and perpetuate it, and privately we excuse and overlook it (because we always find a way to blame the woman for letting it happen). In other words, rape is awful— except in war, where the enemy’s women are part of the plunder; except in marriage, where a man is entitled by law to have sexual relations with his wife even if against her will; and except in extenuating circumstances where the mere presence of a wornan is cause for a man to rape her. ~Victoria Billings (The womansbook, 1974)

Rape is loss. Like death, it is best treated with a period of mourning and grief. We should develop social ceremonies for rape, rituals, that, like funerals and wakes, would allow the mourners to recover the spirits that the rapist, like death, steals. The social community is the appropriate center for the restoration of spirit, but the rape victim is usually shamed into silence or self-imposed isolation. ~Researcher Metzger (American Journal of Psychiatry, 1976)

I want to see this men’s movement make a commitment to ending rape because that is the only meaningful commitment to equality. It is astonishing that in all our worlds of feminism and antisexism we never talk seriously about ending rape. Ending it. Stopping it. No more. No more rape. In the back of our minds, are we holding on to its inevitability as the last preserve of the biological? Do we think that it is always going to exist no matter what we do? All of our political actions are lies if we don’t make a commitment to ending the practice of rape. This commitment has to be political. It has to be serious. It has to be systematic. It has to be public. It can’t be self-indulgent. ~Andrea Dworkin (I Want a Twenty-Four Hour Truce During Which There Is No Rape, 1983) 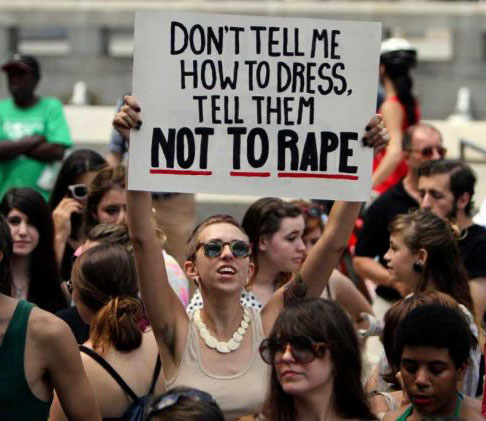 We have rudiments of reverence for the human body, but we consider as nothing the rape of the human mind. ~Eric Hoffer

I think when a person has been found guilty of rape he should be castrated. That would stop him pretty quick. ~Billy Graham

Rape is the easiest charge to make and the most difficult to prove. ~Anonymous

Quotes, Proverbs and Sayings on Giving

Once in a while we all offend someone or we get offended by someone. A collection of I’m…
Read More

Some interesting quotes and sayings on women to both inspire and provoke careful thinking for girls, women, boys…
Read More

Doing Your Best Quotes, Sayings and Proverbs to Cheer You Up

Some thought-provoking quotes, sayings and proverbs to inspire you in doing your best in life. Enjoy! Act as…
Read More

Are you willing to believe that love is the strongest thing in the world – stronger than hate,…
Read More
wpDiscuz
0
0
Would love your thoughts, please comment.x
()
x
| Reply