A collection of technology quotes and sayings that might interest you.

I like my new telephone, my computer works just fine, my calculator is perfect, but Lord, I miss my mind! ~Anonymous

It has become appallingly obvious that our technology has exceeded our humanity. ~Albert Einstein

Humanity is acquiring all the right technology for all the wrong reasons. ~R. Buckminster Fuller

Technology makes it possible for people to gain control over everything, except over technology. ~John Tudor

I am sorry to say that there is too much point to the wisecrack that life is extinct on other planets because their scientists were more advanced than ours. ~John F. Kennedy

The machine does not isolate man from the great problems of nature but plunges him more deeply into them. ~Antoine de Saint-Exupéry

Lo! Men have become the tools of their tools. ~Henry David Thoreau

The real problem is not whether machines think but whether men do. ~B.F. Skinner,

The greatest task before civilization at present is to make machines what they ought to be, the slaves, instead of the masters of men. ~Havelock Ellis

We are becoming the servants in thought, as in action, of the machine we have created to serve us. ~John Kenneth Galbraith

When a machine begins to run without human aid, it is time to scrap it – whether it be a factory or a government. ~Alexander Chase

This is perhaps the most beautiful time in human history; it is really pregnant with all kinds of creative possibilities made possible by science and technology which now constitute the slave of man – if man is not enslaved by it. ~Jonas Salk

The system of nature, of which man is a part, tends to be self-balancing, self-adjusting, self-cleansing. Not so with technology. ~E.F. Schumacher

Do you realize if it weren’t for Edison we’d be watching TV by candlelight? ~Al Boliska

Never trust a computer you can’t throw out a window. ~Steve Wozniak

Just because something doesn’t do what you planned it to do doesn’t mean it’s useless. ~Thomas Alva Edison

Where is all the knowledge we lost with information? ~T.S. Elliot

All of the biggest technological inventions created by man – the airplane, the automobile, the computer – says little about his intelligence, but speaks volumes about his laziness. ~Mark Kennedy

Everybody gets so much information all day long that they lose their common sense. ~Gertrude Stein 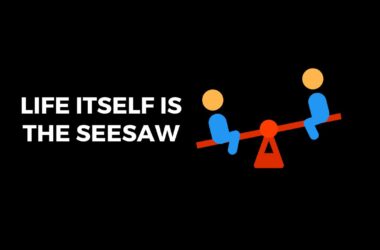 Life itself is the SEESAW

Life itself is the SEESAW. It comprises of ups and downs. ~Godwin Delali Adadzie
Read More

Eucharistic Quotes to Live By

A collection of quotes on the Blessed Eucharist also known as the Holy Communion or the Lord’s Supper,…
Read More

Some reasons why women abort their babies include: Not enough money to afford a baby at this time.…
Read More

A man loves the meat in his youth that he cannot endure in his age. ~William Shakespeare A…
Read More
wpDiscuz
0
0
Would love your thoughts, please comment.x
()
x
| Reply